It’s been a rough weather week so far and more snow is coming on the weekend.  Just a gentle reminder from Mother Nature so we don’t forget who is really in charge.  Although tired from 3 straight 8+ hour days of snow/ ice shoveling the beauty of the landscape is awesome. 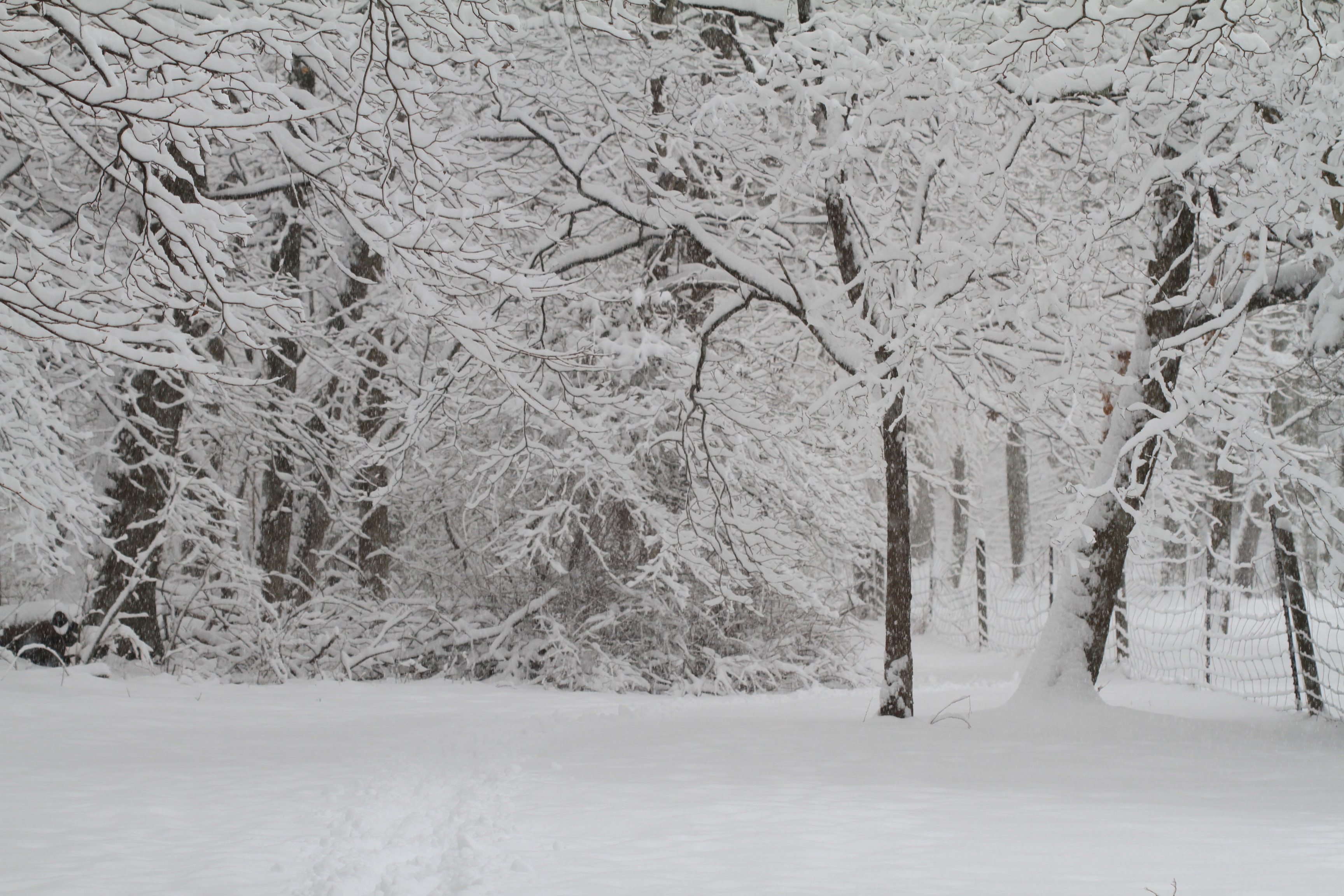 On Monday there was so much snow stuck to the trees that the world looked almost entirely white,  eerie and deathly quiet. I am so grateful to have not lost power! 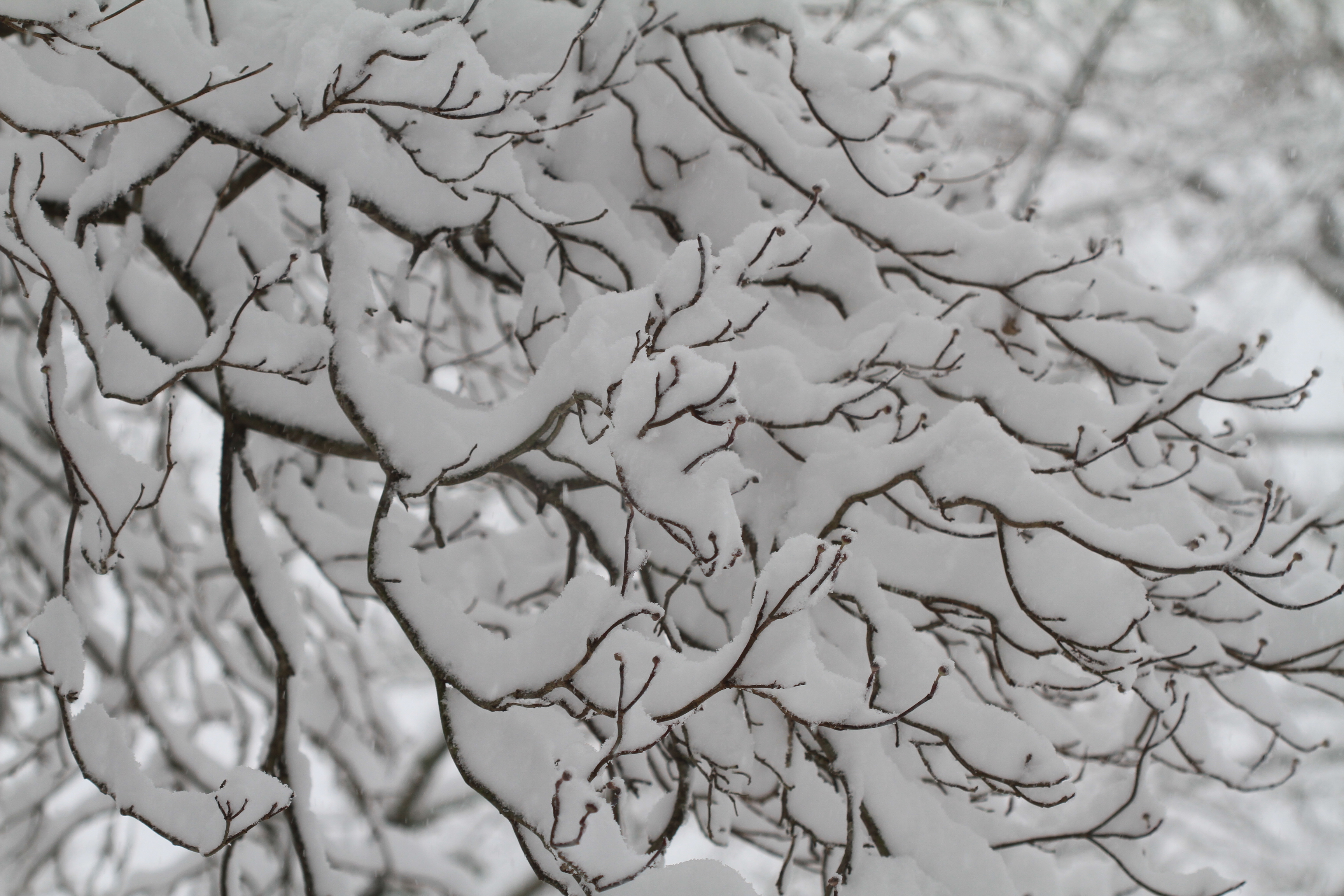 After the ice yesterday, this morning’s sun striking all the ice on the trees is spectacular – all the trees and the snow are sparkling like diamonds. 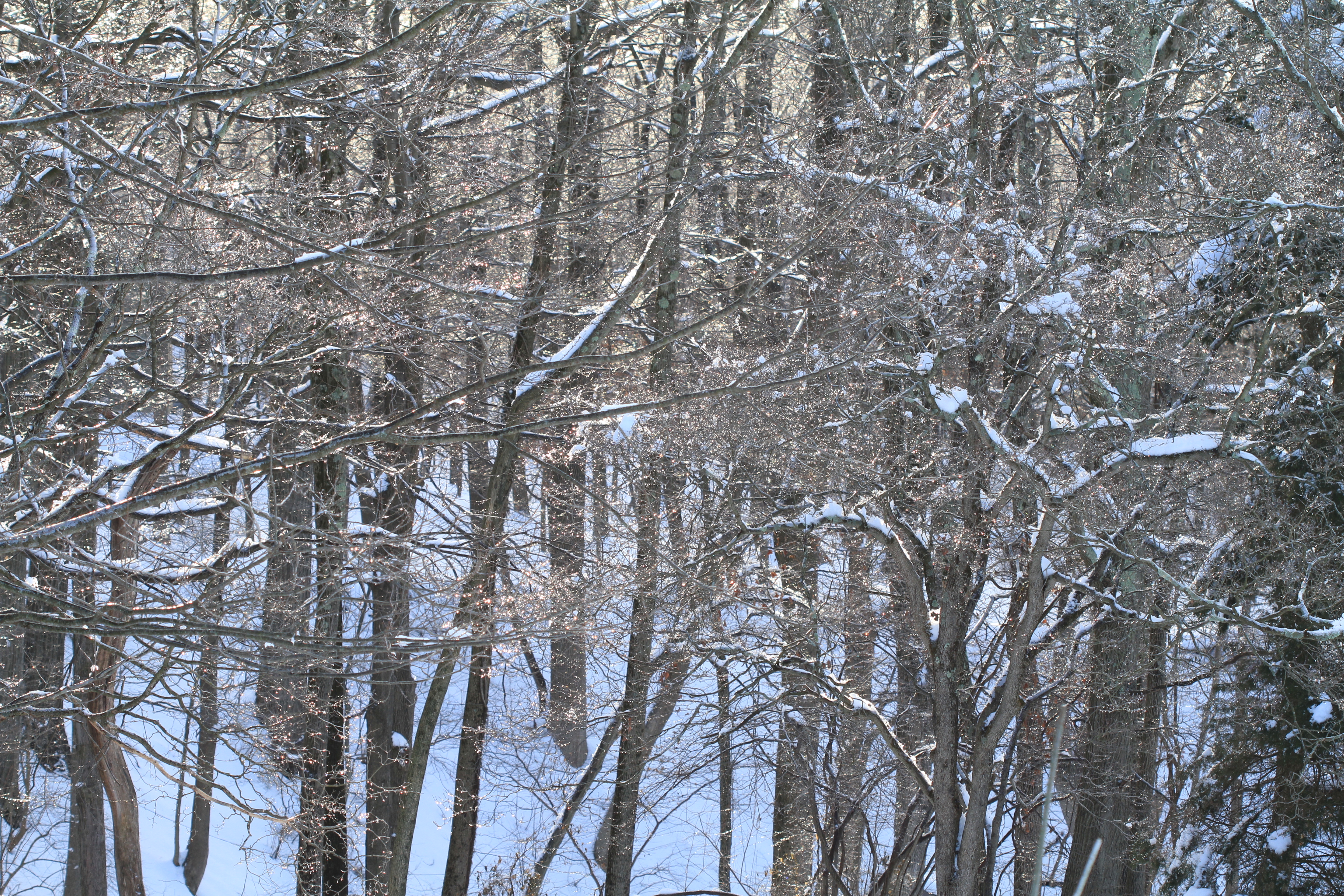 The ice is so bad that the goats can’t walk on it – very unusual.   Instead they are holed up in their compounds where the ice is roughed up from where they were walking in the snow yesterday before it froze over night. 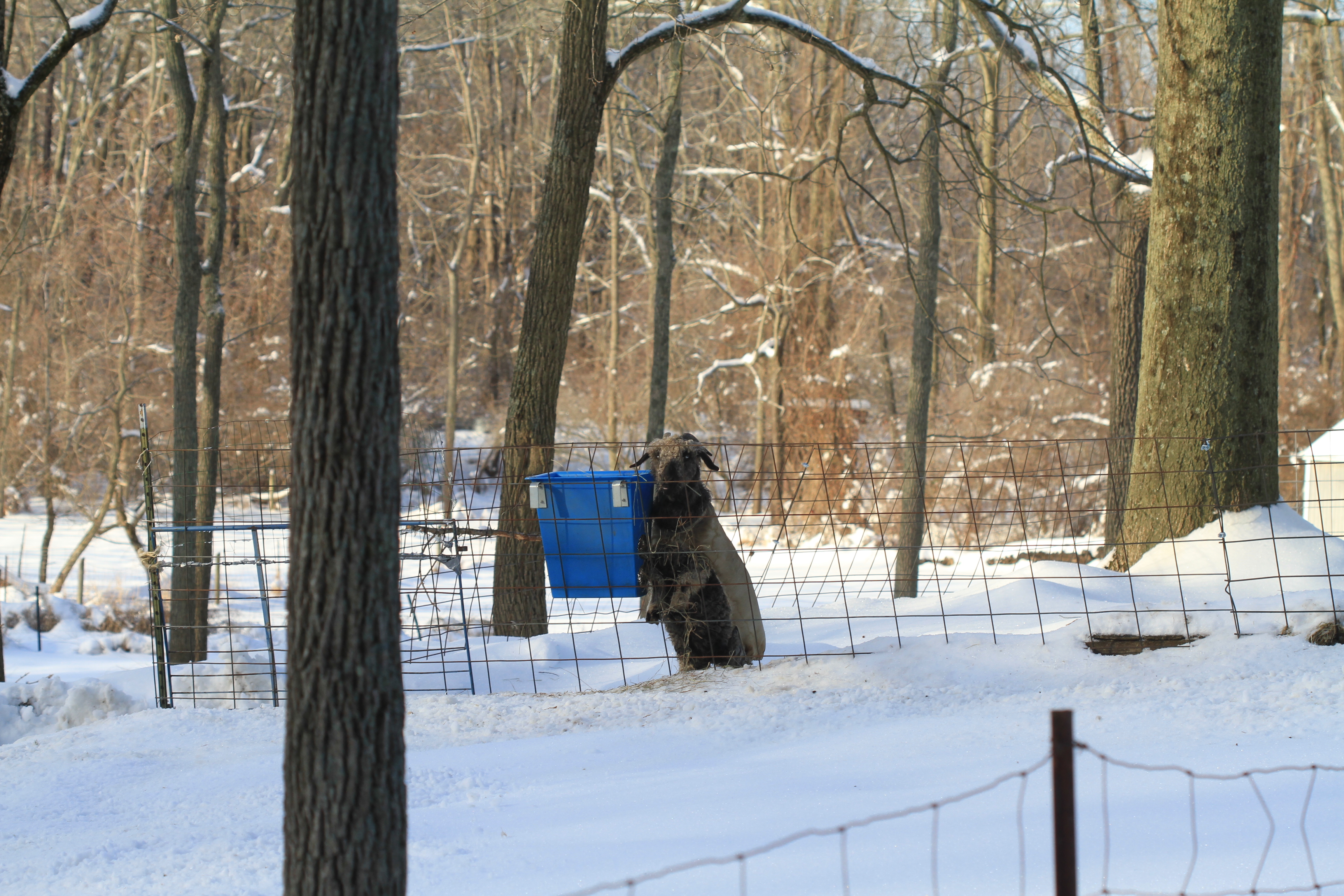 Haven’t seen any large animal tracks since the snow on Monday so they must be holed up somewhere too.  Very rough conditions for the wild things.  Rabbits had spent the night under a large evergreen out front and the birds are enjoying the bird feeder.  I can walk on top of the ice crust in most places but my bucks (~30 pounds heavier than me) were breaking through making walking slow, tiring and painful on the ankles.  Rembaldi opted to stay in the run-in-shed rather than face the ice when I let them out this morning.  There is still hay inside the sheds from their overnight rations which should hold him until he is ready to brave the snow/ ice.

Although this has been a snowy winter it isn’t even close in snowfall to some of the winter’s in the early 2000’s.  I can remember feet of snow per storm and I was shoveling it all by hand!  After one storm I used the truck to keep pushing the snow in the driveway back 10 feet at a time and  it still took me two full days to clear the driveway so I could make it to work.  14 years later and over 55, I can still shovel all day but not with the energy I had, and I use a snow blower as much as possible! I’m definitely slowing down and wonder how much longer I’ll be able to handle all the work here at this small slice of heaven.  The cycle of life and death is so much more obvious during extremes of weather and yet the beauty of it is also inescapable.