According to Merriam Webster welfare is “the state of doing well especially in respect to good fortune, happiness, well-being, or prosperity”.  I think most people would take no exception to this definition.  The more difficult question is which living beings are allowed to experience welfare, how is this decided and by whom?  As a society we’re still struggling to resolve this for our own species, much less for other animal species.  Regarding our own species I think that people generally feel that all humans should be able to experience welfare, but differ in their approach as to how this should occur (food stamps and other social programs for example).

When it comes to domestic animals or wildlife there are additional barriers to coming to a consensus on this issue.  These include the lack of a common language or  communication medium with other animals, differences of opinion as to the relative value of non-human animals, and preservation instincts to name a few.  Recently I was reading news highlights on the 2008 California Proposition 2 concerning standards for raising poultry.  A good overview which also presents the case for and against the law is available on BallotPedia:

The short version: “Proposition 2 created a new state statute that prohibits the confinement of farm animals in a manner that does not allow them to turn around freely, lie down, stand up, and fully extend their limbs. The law is set to go into full effect on January 1, 2015.” (Source: BallotPedia link above).

Why would anyone not want farm animals to be able to move about?  It comes down to trading farm animal’s welfare for people’s welfare.  The change is disadvantageous for large commercial farmers, better for small family farmers.  Less money for large corporations potentially means job losses.  The price of eggs are also estimated to increase 20-25% which means fewer eggs sold and some people will no longer be able to afford them.  There is also the argument that it pushes the egg industry across country borders so that we potentially get food that is less safe because of differing regulations in other countries.  Moving farm industries across country borders is a topic for another day.

Food in the US has gotten amazingly cheap based on what is required to create it.  In 1901 the hourly wage was $0.17-$0.28 ( higher in financial and real estate industries) and a dozen eggs cost $0.22 or about an hour’s worth of wages.  In 2002 wages were $15.24-$18.87 hourly and a dozen eggs cost $1.24 (2003) or nearly 14 dozen eggs could be purchased for an hours worth of work.  In 1901 American families spent 42.5% of their income on food, 19.3% in 1972-1973 and 13.1% in 2002-2003  [Source: 100 Years of US Consumer Spending US Bureau of Labor Statistics Report 991.]  This is what industrialization did for farming beginning in the 1950’s.  It was claimed as a breakthrough because food became available to even the poorest people due to the sharp decease in the cost of food.  The resultant efficiencies of mechanization and scale are such that small farmers struggle to survive among large corporate farms.  More on this will have to wait for another blog entry as well.  But what is the real price?  The total price is far more than monetary cost alone.

There are still way too many people living in poverty without access to nutritionally sound food and by making food so cheap we’ve also made our society over weight with serious health consequences and associated health care costs.   Humans don’t need to eat as much meat as we do, but we do so because it has become so cheap and readily available.  Not to mention that the consumer has no idea what goes into getting that steak or chicken to the grocery store.  Most consumers don’t want to know either.  In summary, there are environmental costs, animal welfare costs, ethical and long term health consequences to the eater by producing and eating cheap food.

Here at my farm I break even on out of pocket costs at about $3/dozen (excludes insurance, property taxes, labor but accounts for seasonal laying habits ie- fewer eggs in the winter, more in the warmer seasons).  I could trim costs by selling chicken meat (ie- culling hens after their first laying season) but prefer the satisfaction of keeping them for the 10 years or more they will live with retirement status as pay back for the eggs they provided over time.  My hens all lay eggs up until they die, just not as many as when they were young; so they continue to be productive their entire life.  They also eat a lot of bugs out of my orchard and provide me with entertainment when I have the time to watch them.  They interact with me, they know who I am versus other humans, I can recognize the meaning of a number of their vocalizations, they have learned a small human vocabulary and thus they are sentient beings that can be communicated with at some level.  Because my hens are allowed to roam in a large electric fence protected pasture they do not get sick or carry diseases and they live and lay eggs for many years without my feeding them antibiotics or even worming them.  I believe it makes the eggs better for the people who are eating them as well. 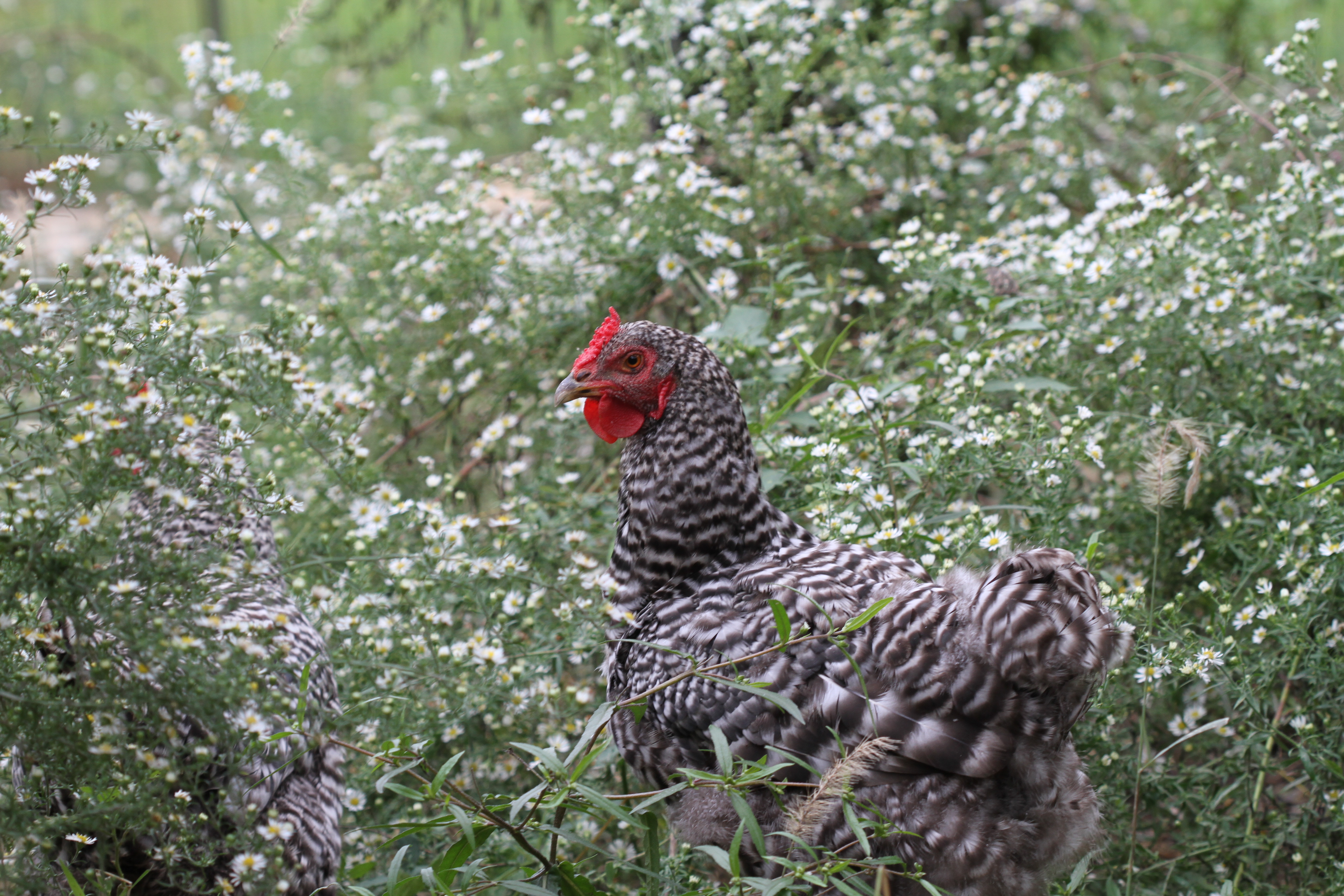 But the fundamental consideration is that as intelligent, highly versatile and capable beings we should be able to choose a course of action that protects the welfare of all living things rather than only looking out for humans.  Sometimes it takes more effort or creativity but I don’t believe that decisions impacting the welfare of humans can be approached in a vacuum as if what happens to us can be isolated or separated from all other life.