The Corrymoor Farm web site says it all re mohair!

Their socks are all mohair with nylon added for stretch.  Rare in this day of mostly plastic fabrics!  Ohhh and the goats are gorgeous too.

Cool in summer, warm in winter.

Any moisture is quickly wicked away. This is true… we aren’t just saying it. It does mean that you can wear them for a considerably long time without washing them!

Good for your feet

Mohair fibres are naturally smooth which makes it difficult for foot bacteria to build up thereby preventing foot hygiene and health problems. Chiropodists and podiatrists recommend Corrymoor Socks. We find that people with sensitive skin or who can’t wear wool can wear our socks.

Hardwearing and will last for ages.

Nice article from the Guardian….the strength, smoothness and gorgeous ability to drink up dye are well known mohair properties but I’ve never heard about anti-backerial properties of kid mohair!

‘Steve Whitley uses the fleece of his young angora goats in hosiery that ‘can be worn for as much as a year without washing. 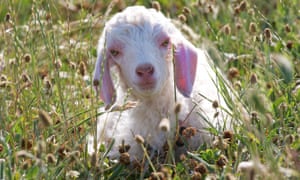 A Devon farmer is claiming to have invented by accident socks that don’t smell and don’t need washing.

Steve Whitley said the fleece of angora kid goats does not trap smelly bacteria in the same way as scalier wool or cotton fibres, and his mohair socks can be worn for as much as a year without washing. Originally he sold the socks for their comfort and durability, and it was only the feedback from astonished customers that alerted him to their unique selling point.

“Customers began telling us that they could wear them for days without them becoming stiff or smelly,” said Whitley, 65. “It was the men who were more forthcoming about this, but then women began writing in. One orchestra leader boasted that he’d had his for a year without washing them.”

Bear Grylls, Fiona Bruce and Stephen Fry were among celebrities who snapped up his Corrymoor Mohair brand, which he claimed “can be worn day after day, week after week, in extreme conditions without any problems from foot odour or discomfort”.

Mohair, shorn from angora goats, is prized in the fashion world for its strength, warmth and resilience. Less well known is that the first shearings from kids are highly absorbent and prevent bacterial buildup by drawing sweat away from the skin.

The products, which cost around £10 a pair, are good news for a nation which, according to new findings, loses 84 million socks a month in the wash. Research commissioned by Samsung discovered that the average Briton will mislay £2,528 worth of dirty socks over a lifetime.

Whitley said he wears the same pair of socks round the farm for up to a fortnight before entrusting them to the laundry basket. Grylls, Bruce and Fry were among a dozen celebrities who promised to report back on how long theirs can withstand the heat.

They have a challenging record to break. “We received a letter from a lady who had recently lost her husband,” says Whitley. “He was so attached to his socks that he asked to be buried in them.”’